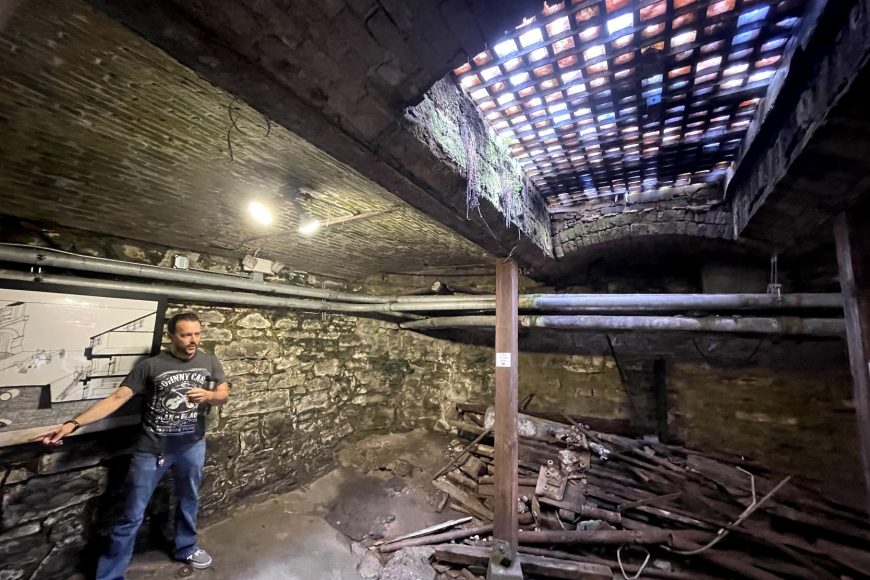 Back in early August, I went on a girls’ trip with my friends from high school to Seattle. We made sure we did the best sightseeing and sampled all the fresh fish we could get our hands on – as well as some superb Washington wine to wash it all down!

I’d been to Seattle once before for a work conference and had checked off the major attractions like the Space Needle and Pike Place Market, but the one thing I still had to do in Seattle was go on an Underground Tour. Fortunately my friends were game so we were able to book it.

We went on a noon tour so we could get brunch and mainline caffeine before our walking tour of Seattle. I’d heard good things about this tour so I was very excited to explore the tunnels that are buried below Seattle’s streets, as well as learn some fun facts about the city’s history.

If you’re debating whether or not to book the tour, check out my review and see why you should go ahead and do so.

I’ve seen some reviews complain about the cost of this tour which is surprising as I thought it was very informational and fun, and a cool side to Seattle you don’t get to normally see – especially for around $20.

Some of the highlights of the tour included:

I thought it was fascinating to go below the city and see some of the relics and other items that were abandoned here. The stories were well told and our tour guide was very entertaining and informative.

We had about seven stops along the tour to take a closer look at photographs, drawings, artifacts, or simply to listen to a new story. We weren’t underground the entire time and did go back to the main street to get to another section of the underground or to look at the purple glass from above before going down below to see what it looks like from the other side.

We had quite a large group initially and then they split us up into two smaller, albeit still large, groups. There were probably 30+ people in the smaller group and it can get cramped in the hallways and stopping points along the tour.

Tips for exploring the underground in Seattle

Overall I would recommend this tour of Seattle to anyone who wants to learn more about the city’s history, hear some funny stories, as well as step back in time and explore a bit of Seattle’s buried past. It’s a cool tour and well worth the ticket price.

Have you done the underground tour in Seattle? Tell me what you thought of your experience in the comments below!