Ever since I can remember I’ve been fascinated with Egypt and Ancient Egyptian history and this was only fueled even more after The Mummy (the 1999 version with Brendan Fraser AKA the best one) came out. In fact, I used loved Ancient Egypt so much I got every book on hieroglyphics I could find and taught myself to write in the ancient language – though now I can’t read a damn entry in my childhood journals.

It’s been a top destination on my travel bucket list and with plenty of things to see and do in Egypt, our travel plans will basically come together on their own. I know one of the reasons I haven’t been yet is the issue of safety, which I’m realizing is always going to be a question when traveling. I don’t think any place can ever truly be labeled as 100% safe, and while some places definitely go through more political turmoil than others, I’m starting to think that if I plan my travels around waiting for a place to be perfectly safe, I’ll be waiting forever to visit. I’ve had friends visit Egypt and come home unscathed so it’s making its way back up the bucket list as a top destination.

With many historical activities and things to do in Egypt, we’ve included some of the best on our bucket list itinerary: 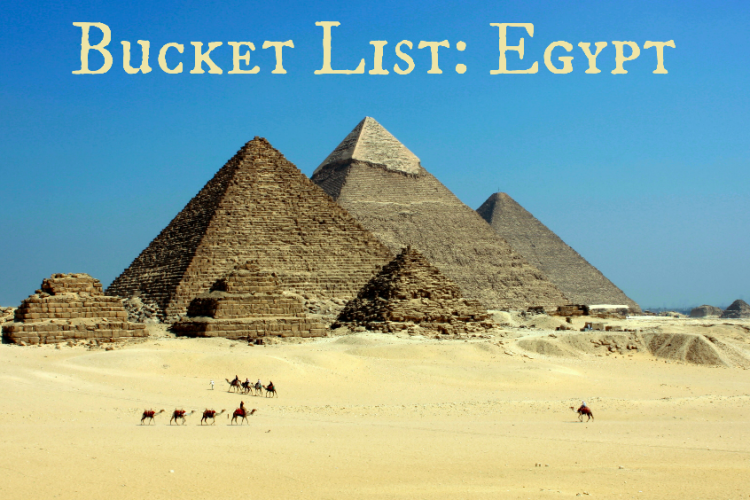 See the Pyramids of Giza

It should come as no surprise that visiting the pyramids is number 1 on this Egypt bucket list! Built as burial complexes and temples for the pharaohs (specifically Khufu, Khafre, and Menkaure) from 2550 to 2490 B.C. There’s still an air of mystery as to how the pyramids were built.

While there, I’d want to enter the pyramids and see inside these giants in the desert. I know there’s nothing left in there and that getting into them is a bit tight, but I still think it’d be worth it. Entering the pyramids does require a ticket for an extra fee (for each pyramid). For that, I think we’d book a guided pyramid tour to let someone else handle the ticket sales and transportation. 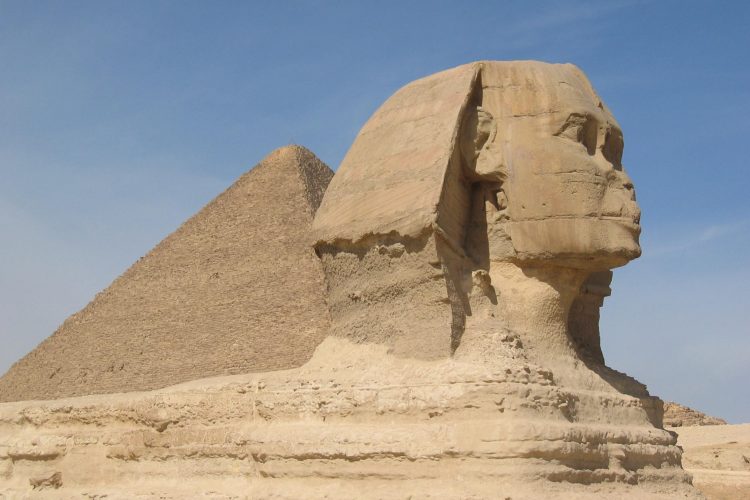 Another Giza activity is checking out the Sphinx. Standing west to east (or I guess lying) at 240 ft. long, he has the body of a lion and the face of a man – said to be a representation of Pharaoh Khafre. Though, I doubt his nose was broken off as Aladdin and Jasmine flew overhead.

This temple complex, an UNESCO World Heritage Site, is home to a collection of temples, statues, and other items of historic value. Karnak is generally agreed to be the second most popular tourist destination near Cairo and its construction timeline was considerably longer, with an estimated 30 pharaohs contributing to it. We’ll see the hall dedicated to the deity Amun-Re, the hieroglyphics and carvings, and the Sacred Lake.

Another reason to visit Karnak? It was a scene in The Mummy Returns and a stop along the path to finding the Scorpion King! 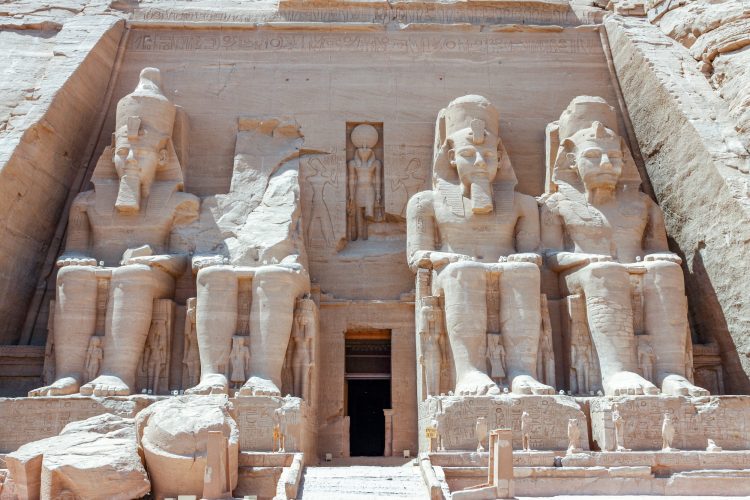 Another World Heritage Site (and destination in The Mummy Returns, maybe I should just recreate the movies while I’m there – minus bringing Imhotep back to life) is Abu Simbel. This temple complex honors Ramses II and his victory at the Battle of Kadesh. Abu Simbel is a temple complex with two distinct temples, The Great Temple dedicated to the gods Ra-Horakty and Ptah (and Ramses himself), and the Small Temple dedicated to the  goddess Hathor and Queen Nefertari, one of Ramses’ wives.

The temples took about 20 years to build and today are a popular place for sightseeing in Egypt – it even has its own airport! The temple has actually been moved and reconstructed to better preserve it for the future. Even though the temples are further out, every review says it was worth it to visit and I can’t wait until I actually get to see it in real life. 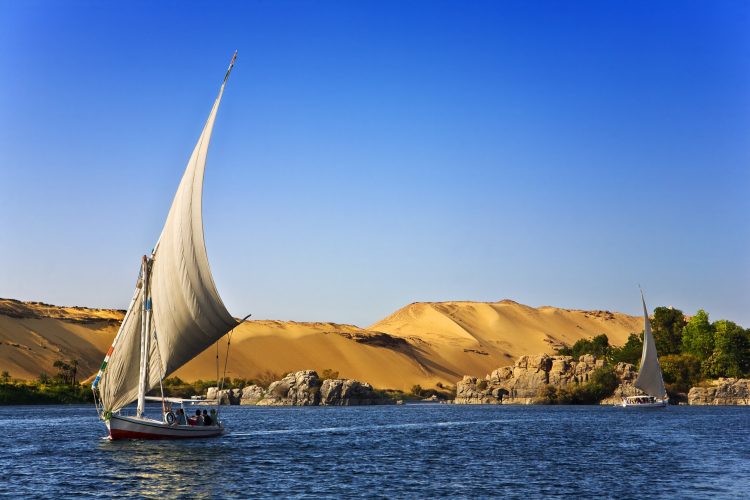 We’ll also schedule time to hop into a felucca to tour the Nile like Egyptians have been doing for thousands of years. Feluccas are traditional Egyptian sailboats and are still primary forms of transportation on the Nile. We can catch a ride during the day to see the city from a new perspective or wait for sunset for a romantic ride down the river.

Yup, another Egypt bucket list activity inspired by The Mummy (seriously, those movies are amazing).

I can’t help it! They’ve got adventure, romance, and comedy – they’re great movies! 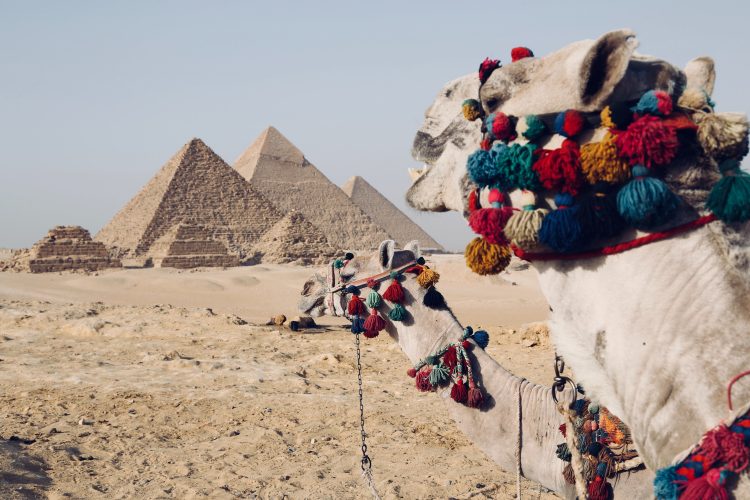 There are plenty of tour operators in Cairo offering camel tours and rides that this’ll be an easy Egypt activity to check off our travel plans. We’ll probably just do a two-hour or so tour out to the desert and back, but there are longer half-day or full-day tours available. I think it’ll be a cool experience but not sure I’m ready for a full-day adventure with an animal that’s known for its spitting habits. Though, I will admit that camels are amazing creatures, capable of drinking 40 gallons of water at once, they have three eyelids and two rows of eyelashes to protect their eyes from their sandy environment, and camels can lose more than 25% of their body’s water and survive whereas we stop moving or even die if we lose 10 – 15%.

Walk through time at the Egyptian Museum in Cairo

There’s an Egyptian exhibit at the Denver Museum of Nature and Science that I’ve seen a billion times but I always stop by when Rick and I go to the museum. At this popular Cairo museum, we can see some treasure of King Tut, royal mummies, Old Kingdom relics and monuments, and some sarcophagi and scarabs.

I’ll want some time to wander and see the Cairo of today instead of staying completely in the past by only visiting the Ancient sites. We can check out the Cairo Citadel, Tahrir Square, Cairo Tower, and the Hanging Church. 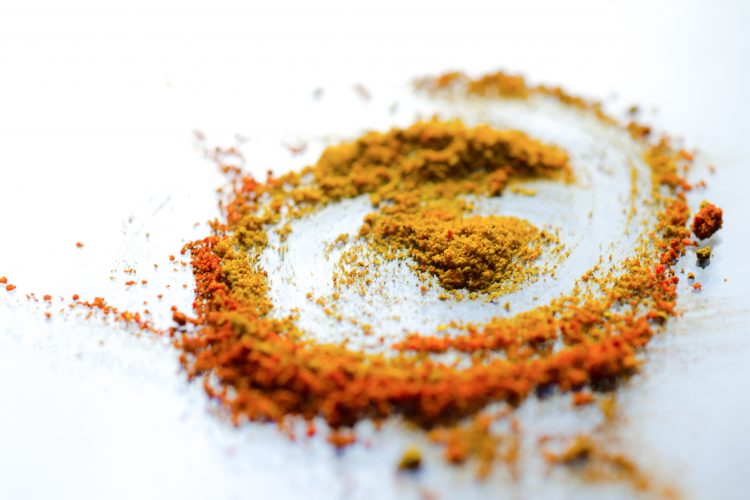 Discover the flavors of Egypt

With markets, quick bite stands, and little restaurants, we’ll get our fill of food as we make our way through Cairo. Known for bread, rice, meat, and spice-based dishes, I’m expecting a lot of grilled and comforting dishes.

What we’ll have to eat in Egypt:

Hang by the beach

Though most come to Egypt for the history, the beach and Mediterranean waters are definitely going to lure us away from the city center for a bit for a relaxing day on the beach and sunbathing. Sometimes it’s hard to not get caught up in the go-go-go attitude of traveling, so we’ll definitely be scheduling in some relaxing breaks!

What did we miss for our Egypt bucket list? Tell us in the comments below!

Top 10 things to do in Miami Beach