Though Hawaii joined the United States in 1959, it still protects and furthers its culture by having two official state languages: Hawaiian and English. It was awesome being at the airport in Lihue and hearing everything spoken first in Hawaiian and then again in English – even though I could barely keep up with the Hawaiian portion.

People escape to Hawaii to enjoy its beautiful islands, take part in the endless list of things to do on Hawaii, and of course practice Island Time, a state of not living so rigidly by the clock – something us mainlanders can learn a thing or two by. It’s a great tropical getaway without the hassle of a passport, though you’ll feel a world away. Hearing another language spoken there adds to that feeling that you’ve left the US far behind.

As I’ve highlighted in our other language guides, I love learning a few key phrases in the language of the place we’re traveling to and Hawaii was no exception even though it didn’t involve international travel. So, if you want to learn a few key words and phrases in Hawaiian to converse with the locals or understand what’s being said around you, here are some great phrases to get you started!

That’s right, only 13 letters. The ‘okina is like punctuation and denotes a glottal stop, kind of like the pause in uh-oh.

Some letters were changed and lost over the years, like the letter K could be used in place of a T, and W and V were interchangeable and W sometimes sounds like V. While you won’t need to know all the nuances of the Hawaiian alphabet, having a few key phrases in your back pocket can help you understand what’s going on around you as you adjust to life on the island.

Aloha: The quintessential word on the Hawaiian Islands as it means hello, goodbye, and captures the spirit of Hawaii. You’ll often be greeted with an aloha but also read about the aloha spirit, the word has many meanings and is used frequently.

A hui hou: Until we meet again.

Heiau: Similar to our churches and cathedrals, a heiau is a place of worship and these ancient sites are sacred.

Hula: A type of dance and storytelling format.

Kama’aina: Local, a person who’s lived in Hawaii for a long time.

Kapu: Sacred, as in a heiau is kapu.

Lanai: A patio or balcony.

Lei: A necklace made from flowers, leaves, or shells that’s given as a symbol of affection. If you have a friend or loved one meeting you on the island, it’s customary to receive one from them and then toss your lei in the ocean to ensure you return again.

Lua: This isn’t your luau or big feast, it’s actually the bathroom.

Luau: A celebration and feast. Did you know that men and women did not feast together until King Kamehameha II changed the rules in 1819?

Makai: This word tells you direction, specifically toward the ocean.

Makana: A gift or present.

Malihini: A newcomer or traveler. If you’ve never been to Hawaii before, you’re a malihini but you may have friends who are kama’aina or locals.

‘Ohana: Anyone who watches Disney movies knows this one: family.

Pū-pū: That traditional pu-pu platter, or what we call appetizers. Common pupus include poke, sashimi, and sushi.

What other Hawaiian words are useful for visiting the islands? Tell us in the comments below! 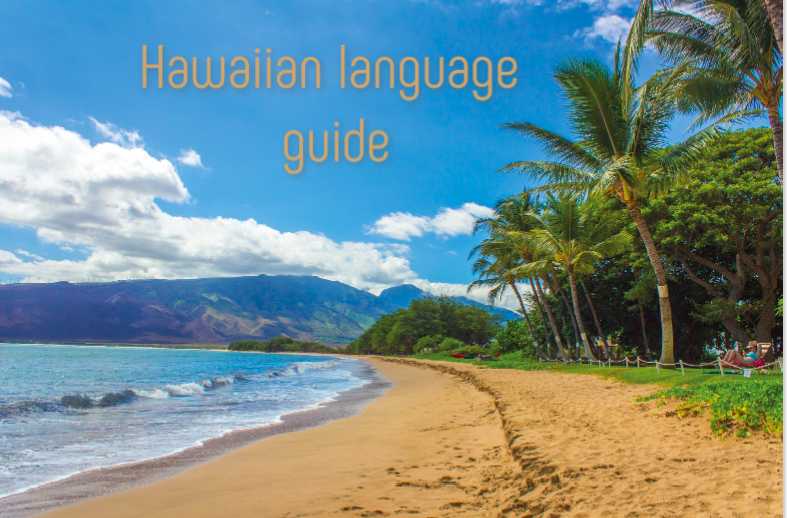 Romantic phrases in the Romance languages