Visiting London for the first time? We’ve put together some helpful tips in our London travel guide to ensure you have the best experience touring the city.

London is an incredible destination with so much history to explore and cultural experiences to enjoy – such as having a pint in a pub or having an afternoon tea. It’s a vibrant, big city and there’s no reason you shouldn’t plan a visit there at least once – or five times. This past summer was Rick’s first visit to London and he’s already dreaming up things to do on our return visit next year. If you’re ready to plan your vacation, here’s our guide to all things London!

London is the capital of the United Kingdom and located in southeastern England, near the English Channel. It’s about two hours from Paris (by train) and about four hours from Edinburgh, Scotland by train. Its great location makes it easy to get to as well as acts as a good starting off point for further trips around Europe.

London is (as of this posting) on the Greenwich Mean Time (GMT) time zone (5 hours ahead of New York and 8 hours ahead of Los Angeles). During the summer, they move to British Summer Time.

English is London’s main language – shocking, I know – but London is such a multicultural metro that you won’t be surprised to find many languages spoken fluently here in different neighborhoods.

Even though we fought for our independence from England long ago, as Americans we tend to have a fascination with British accents, slang, and swear words. Some words just don’t sound the same with an American accent, but if you want to pepper your conversations with some British slang, here are your best bets and most commonly used words: 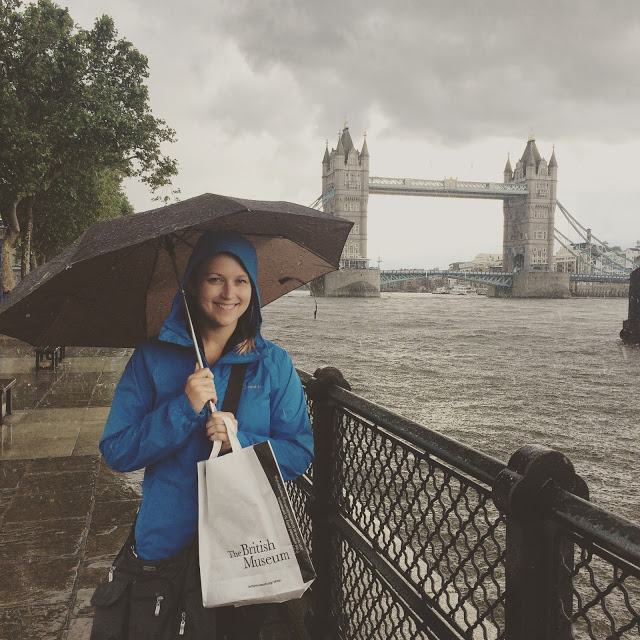 The stereotype for London always being foggy and rainy definitely has some truth to it. It’s never a bad idea to have a travel umbrella in your bag for a sudden downpour of rain when exploring this historic city. The rainiest months are October – May and the least rainiest months are July and August. Otherwise, the temperatures can be pretty predictable in London.

Keep in mind that while in London, weather is reported in Celsius. 32 degrees F is 0 degrees C. To calculate Celsius temps into Fahrenheit, take the temperature in C and multiply it by 9/5 and then add 32.

In London, your local currency is the pound sterling. You can use your credit card at many major attractions but most smaller outfitters prefer to deal in cash. Take a coin purse with you to London to keep track of your one and two pound coins.

Travel tip: Get some cash exchanged before you arrive and pay less fees than you will at major transportation hubs and airports.

As a giant metropolis, London has invested into making it easy to get into and around the city. This is one city that you probably don’t want to rent a car in as the traffic can be jammed, parking is difficult, and unless you’re ready to drive on the left, it’s best to use other transportation options.

Buy a reloadable Oyster card and hop on the tube to get around the city efficiently. With so many different lines and frequent stops, the tube is hands-down our favorite way to get around the city. Plus, they have daily caps in how much you’ll spend in transportation, so once you’ve reached your limit, the rest of your travel is free – perfect for tourists looking to see a lot in one day. Just be sure to mind the gap!

You can also use your Oyster card to hop onto a classic double-decker bus to get around the city or to cover short distances. Stops are well-marked and chances are good you’ll always find a crowd of people waiting for the next bus.

I will say I’m a bit biased against the busses as I had some issues with them back in 2016. My friends and I were waiting forever to hop on the bus and when one finally came along, there was a shift change two stops later so we had to get off and wait for the next bus. The same thing happened that night after we were stuck in a traffic jam for an hour. I haven’t been back on a London bus since.

Another option is to hop into a black cab and let them take care of driving you to your next destination. For tipping your cabbie, round up to the nearest pound and then add a couple of pounds on top as a tip.

Keep in mind for transport that in the UK they drive on the left so if you’re coming from the US, be sure to look the opposite direction before crossing the street. They paint friendly reminders on the streets of which way traffic is coming from. 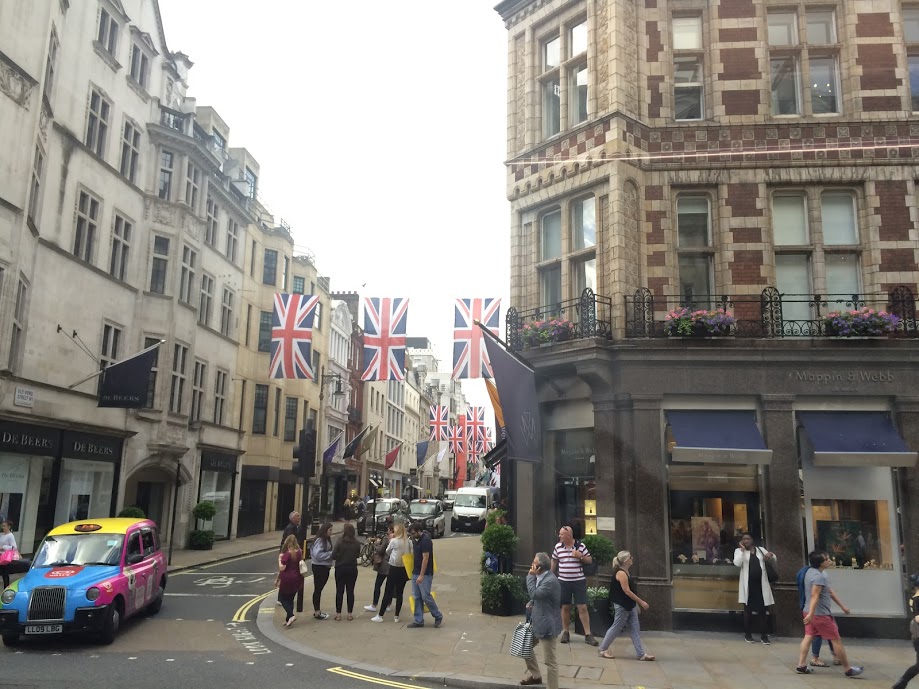 London is home to 48 neighborhoods, each with their own charm, personality, and attractions. Whether you want to be in the middle of all the touristy action or you want somewhere quieter, there is the perfect neighborhood in London waiting for you.

London has a great variety of affordable and luxurious accommodations – dependent on your budget. You can stay at big chain hotels like Hilton, Marriott, and Travelodge or find boutique hotels like Claridge’s, London House Hotel, or the Queen’s Gate Hotel. Most hotel rates range from the low $100s to mid-400s per night, depending on seasonality, obviously expect a hike in room rates in the spring and summer.

It’s also easy to find Airbnbs in the city if you want to feel more like a local during your visit. Plan your accommodations by your travel itinerary to find somewhere that’s centralized to what you want to see and do during your stay. 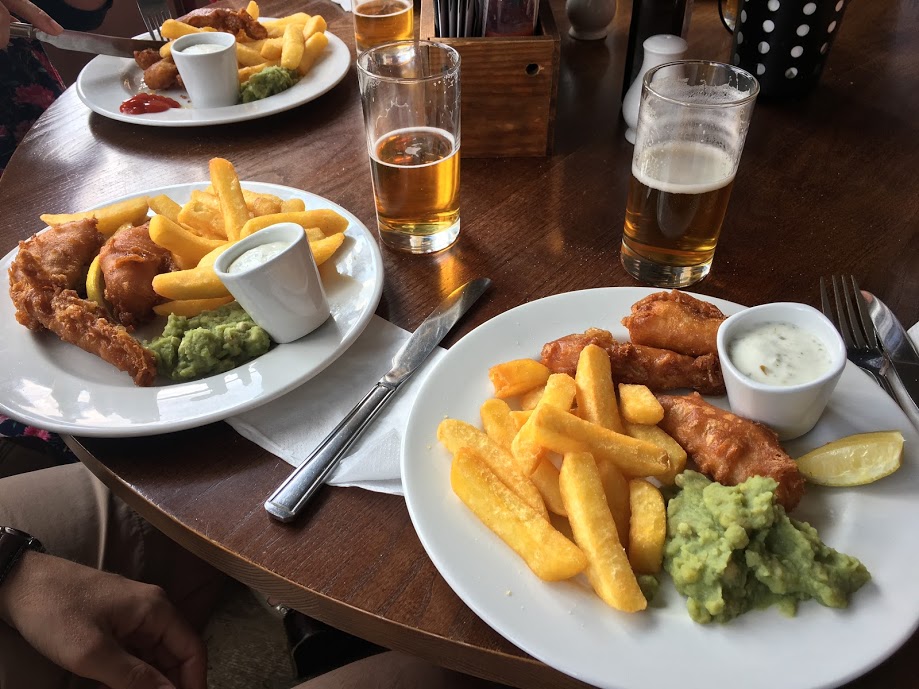 For dining, there’s no shortage of options for national dishes and international plates, with a big influx of Asian, Indian, and other European cuisine. Expect hearty dishes, meats and vegetable-based dishes, and some unique creations when eating in London.

Check out our guide of what to eat in London for more info on dining!

Like many other European countries, servers are paid living wages and don’t rely on tips to get them through. When dining, check your bill for a service charge, of about 12%, and if it’s not added then you may want to add a 10% tip. You don’t need to worry about tipping when ordering at the bar at a pub.

Top 10 things to do in London

Want to blend in more like a London local on your trip? Review these quick points of etiquette:

Can’t get enough? Check out our London travel itineraries and activity reviews!

What’d we miss from our London travel guide? Tell us in the comments below or on Twitter! 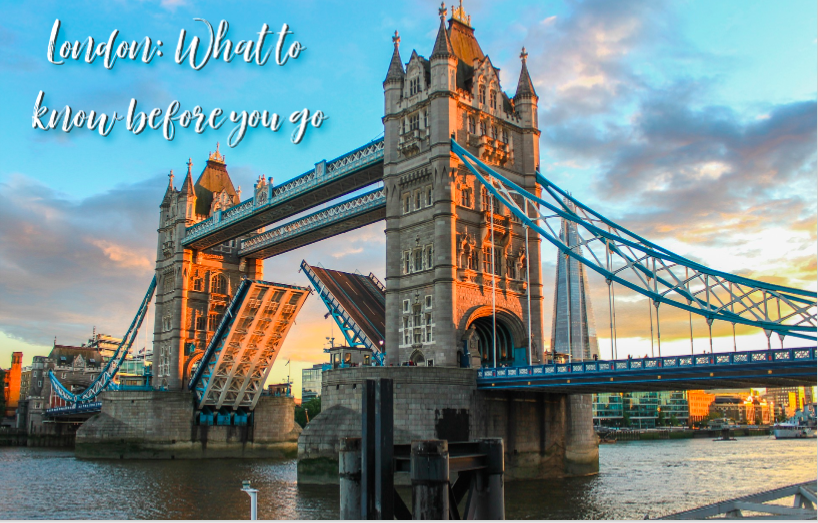